Netball Queensland’s Board of Directors can today announce that Chief Executive Officer, Catherine Clark, will depart in December as she takes up her new appointment as Chief Executive of Paralympics Australia from 2022.

Having served in the role since January 2015, Clark believes the time is right to transition the leadership of Queensland’s largest female participation sport.

“I have absolutely loved my time with Netball Queensland. We have transformed our business over the past seven years, ensuring our game is sustainable and equipped to meet the challenges of the future.

As difficult as it to leave the Netball Queensland family, I know how strongly we are positioned for the next important phase of growth,” Clark said.

“We’ve achieved some outstanding results as a community these past seven years including record participation growth, a purpose-built $45 million home of netball in Nissan Arena, creating our Diamond Spirit program for young Aboriginal and Torres Strait Islander women and even two Queensland Firebirds Premierships

“However, the sport’s most valuable asset though is its people.

“I have traversed this beautiful state to meet people who embody the sense of belonging and the commitment to contribute to something bigger than yourself that is at the heart of this game. I’ll always be grateful for the opportunity to work, collaborate and lead with such a wonderful group of values-driven people without whom community sport just wouldn’t happen.” 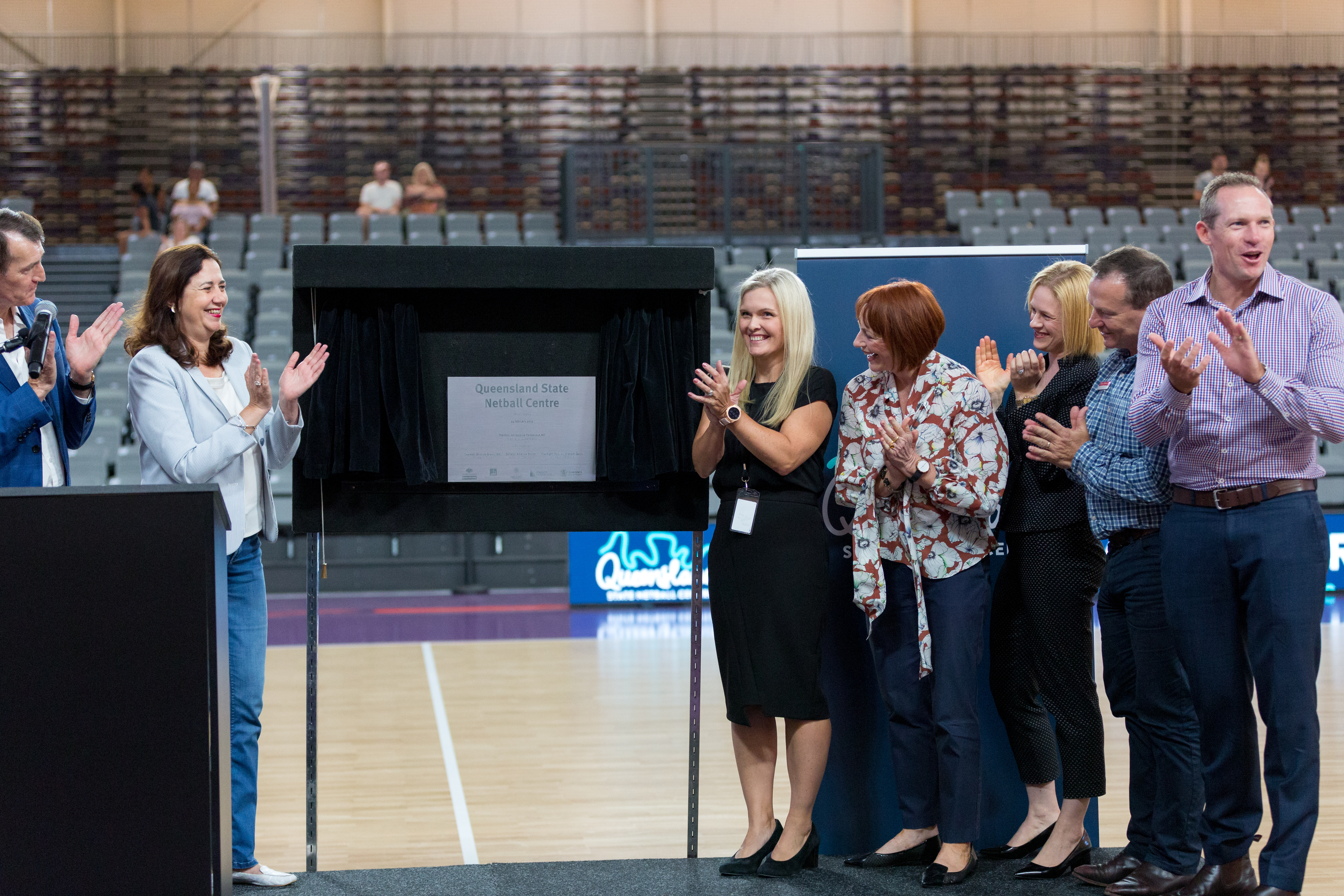 During her seven-year tenure as Chief Executive, Clark has overseen some of the most significant innovations, reforms, and enhancements in the game’s history in Queensland across participation, inclusion, facilities, and high performance.

In that time Clark has: 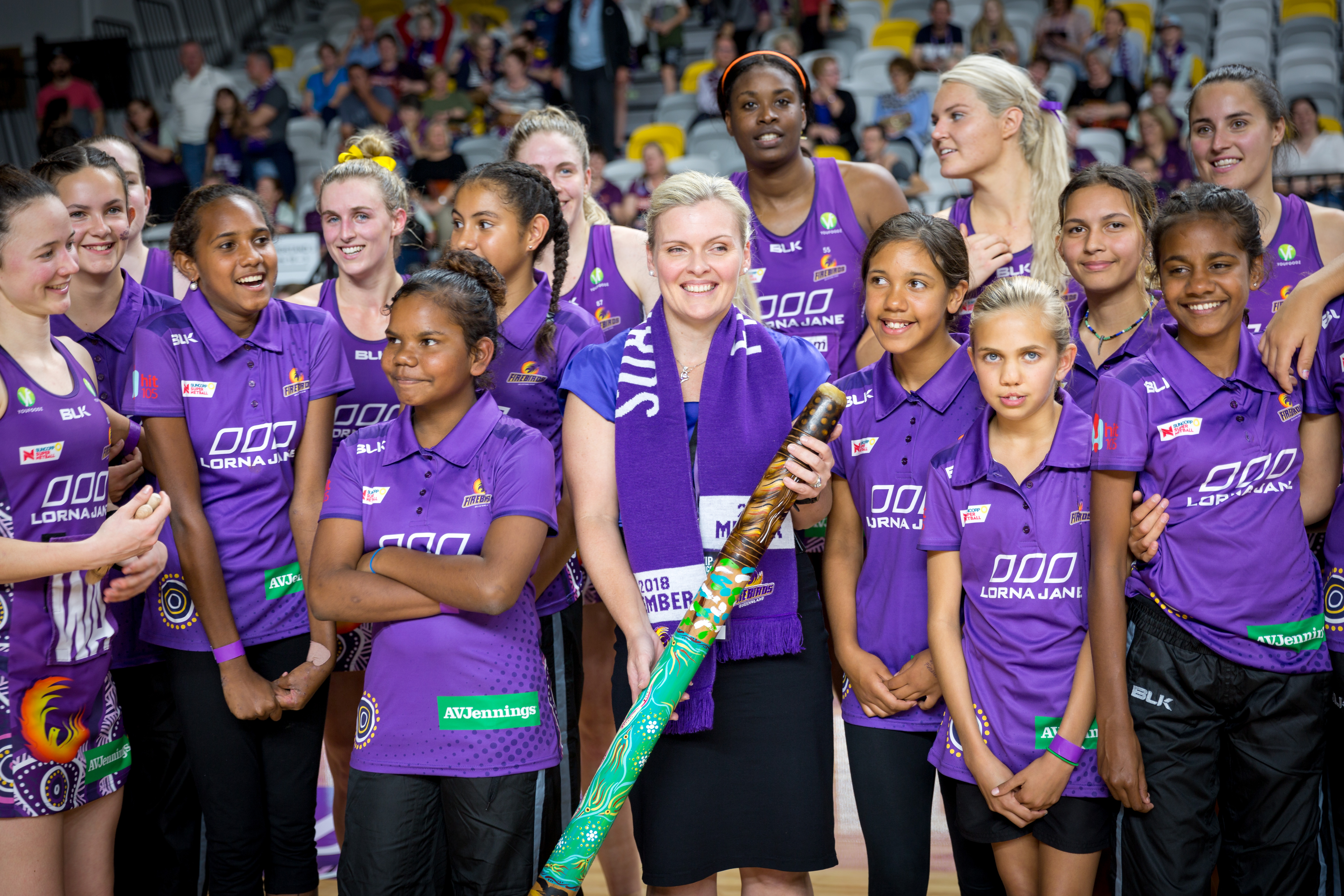 One of Clark’s most significant achievements in the past 18 months was her work with the Queensland State Government and Netball Australia to lead the delivery of consecutive Suncorp Super Netball hub competitions, with games played around the state in both metropolitan and regional cities, making Queensland the true home of netball in Australia.

Importantly, Clark’s ability to promote sport as a change agent among government, stakeholders, sponsors, and participants has repositioned netball as the ultimate team sport – a gender-neutral game that breaks down barriers, tackles social challenges and creates more inclusive communities.

Netball Queensland Chair, Ian Fullagar, expressed the Board’s gratitude for Clark’s outstanding contribution during her time in the role.

“Catherine has re-shaped netball in Queensland, broadening its horizons while proudly celebrating its history. Her visionary leadership will leave a truly powerful legacy,” Fullagar said.

“Her tireless efforts in advocacy and building strong stakeholder relations in the best interests of the game is evidenced by the immensely strong position it finds itself in upon her departure.

“Most importantly, Catherine embodies our vision of transforming lives through netball, and on behalf of the Board and our Members across Queensland, I’d like to offer our most sincere thanks for all she has given our great game and wish her all the best with the incredible opportunity she has been presented with at Paralympics Australia.”

Clark will remain with Netball Queensland until the end of the year before joining Paralympics Australia in January. Netball Queensland Chief Operating Officer Mike Anderson will act as Interim CEO until a new CEO is appointed, ensuring a smooth transition period and continuity of operations.

The search for Clark’s successor will commence in November with the Netball Queensland Board to provide further details in due course.