Talented duo Lara Dunkley and Kimberley Jenner have both agreed to new deals with the Queensland Firebirds in what is a very exciting announcement for the club’s future.

The pair, who are teammates on the court and housemates off it, have committed to the Firebirds in what is an explosive package of talent and energy.

Dunkley, who took her game to a new level this season after two years with the Firebirds, said she is already looking forward to getting back on the court.

“I am super excited to be back in purple next season,” the exciting wing attack said.

“It felt like yesterday since Moving to Queensland, and to know I’ll continue living in the sunny state is incredible.

“I Absolutely love it here and the purple family feels like one of my own.

“I am really proud and honoured to represent the Firebirds and cannot wait to get stuck into pre-season with the girls and work hard to achieve great things at this club.”

Having Dunkley again running through the midcourt for the Firebirds has coach Megan Anderson thrilled. 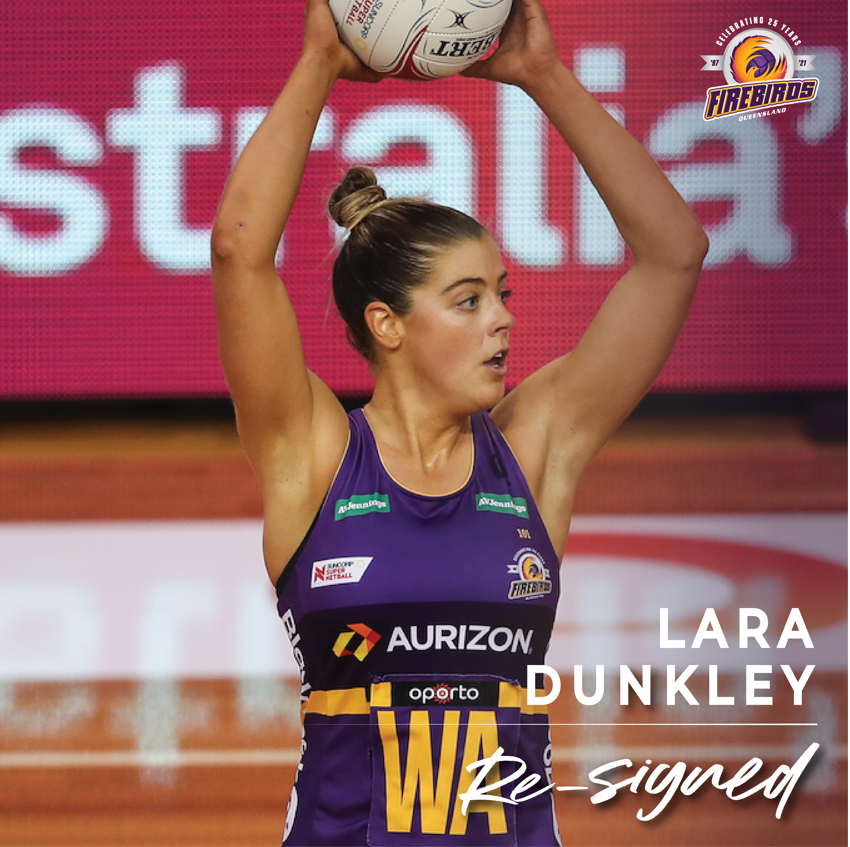 “Lara is the most competitive player I think I’ve ever come across, she never wants to lose, be that in a warm-up drill or out on court,” she said.

“Her sheer determination and will to win and improve her game make her a special player to have in the group.

“On top of this, she’s one of the loveliest people you’ll ever meet and is always putting others first off the court. She is a joy to have in the team and I am so happy to welcome her back in 2022.”

Joining her housemate in signing the dotted line is Jenner, who was once again named in the Origin Australian Diamonds squad following a stellar 2021 campaign.

An exciting thought for the Firebirds fans is that the athletic and speedy defender is confident her best netball is still to come. 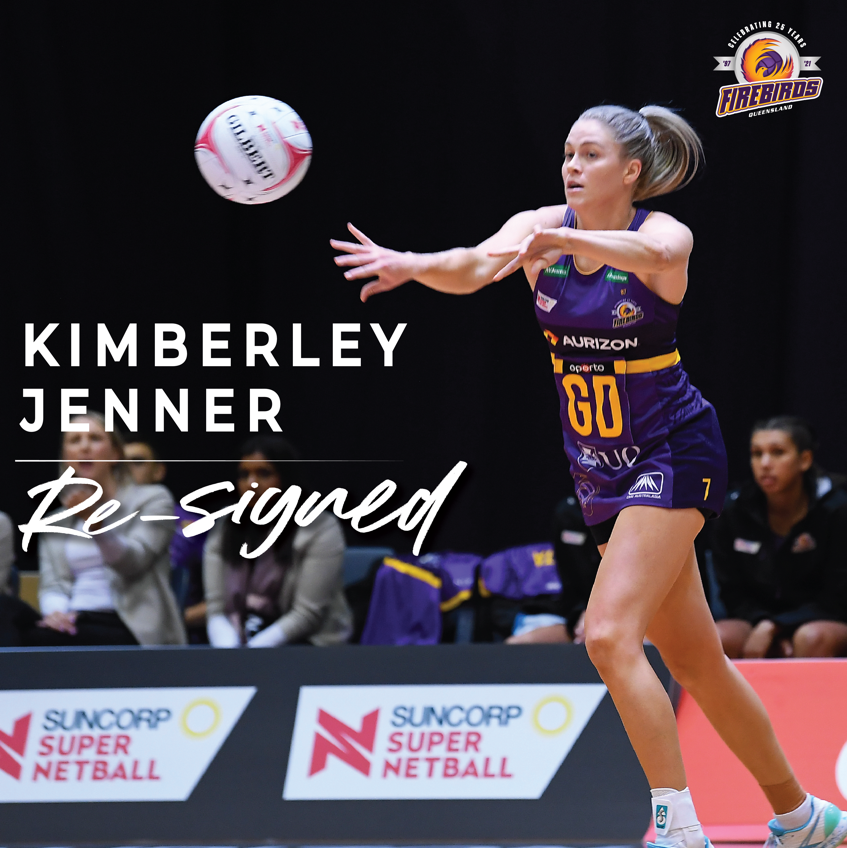 “This club has a proud history and legacy,” Jenner said.

“And we have unfinished business, and I am determined to take it to the next level with these girls in 2022.”

Jenner’s coach echoed her thoughts and said she believed the Townsville-born goal defence was a key piece of the puzzle for next season.

“KJ is one of the most exciting defenders I have ever seen play the game,” Anderson said.

“She has a quiet determination and is a perfectionist in all she does, she’s such an integral part of our defence end and I am so pleased to be working with her again.

“Kimmy J really added another dimension to her game in 2021 and I am excited to watch that continue to develop in 2022.”