The Queensland Firebirds duo of Gretel Bueta and Kim Jenner have been named in the Origin Australian Diamonds squad for 2021/22 international duties.

Bueta and Jenner are among the 21 players chosen by the panel of Diamonds head coach Stacey Marinkovich and national selectors Anne Sargeant OAM and Michelle Wilkins.

Despite having played for the Diamonds previously, where she was named International Player of the Year and took home the Liz Ellis Diamond in 2019, Bueta said this selection meant a lot.

“I got just as nervous waiting for the phone call to let me know if I was in or not as I did my very first call,” she said.

“Nothing compares to the feeling you have when you get the opportunity to wear the green and gold. It’s surreal and an extremely special feeling.”

Making the star goal attack’s selection even more impressive is the fact she gave birth to son Bobby just over six months ago. She has since returned to the court and in near career-best form.

Yet the 28-year-old revealed she had thought about life after netball during her pregnancy, though now couldn’t be happier being back.

“The day Bobby made me a mother, I wasn’t sure if I would get back out on court and be able to do what I loved again,” Bueta admitted.

“But I felt huge support from the netball community, my beautiful husband (Niko) and family. As well as Netball Australia and Stacey selecting me last year even though I was pregnant.

“And Bobby was a very cruisey happy boy, so I set myself a goal of getting that little bit better every game. I still want to keep building on my form but I’m enjoying the journey of getting there.” 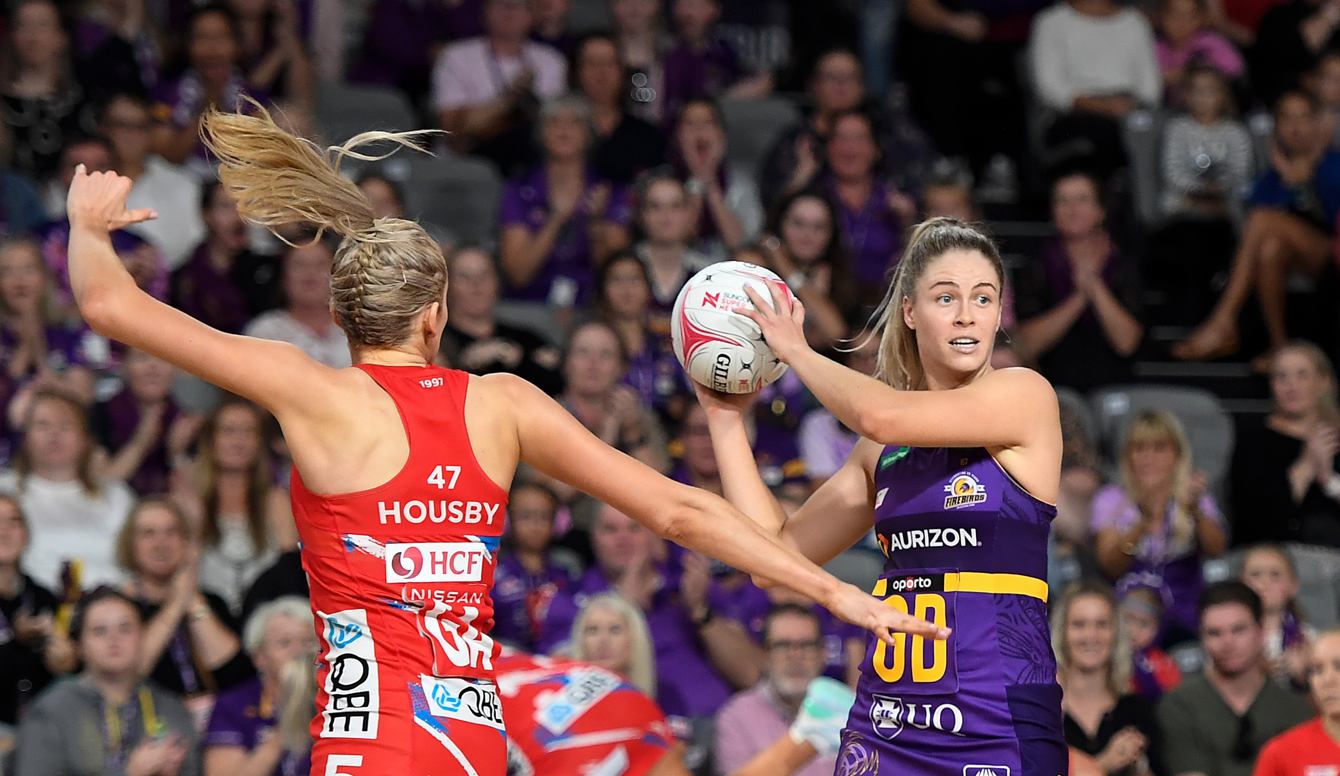 Jenner, who has also produced one of the best seasons of her career, finds herself back in the Diamonds squad for the second year in a row.

The exciting defender is hoping to go one step further this year, but said she is flattered to be chosen in the squad alongside some of the country’s best players.

“It was an amazing experience being included in the squad last year and getting the opportunity to head over to New Zealand,” Jenner said.

“There is so much talent throughout Australia and it’s such a great opportunity to work with and learn from Stacey and the other girls.”

The Origin Australian Diamonds will take on rivals the New Zealand Silver Ferns in the 12th Constellation Cup this October, with Brisbane to host part of the series.

There is already plenty of excitement building according to coach Stacey Marinkovich, further fuelled by it being the return of international netball to Australia for the first time in two years.

“I am delighted with the versatility that we have selected and the skillset that these players possess,” Marinkovich said.

“There is an absolute belief that the players will successfully transfer their elite performances to the Diamonds game plan and the international stage.

“There is a huge amount of energy coming from the players about what lays ahead and that is extremely motivating, especially when they have faced many obstacles through the Suncorp Super Netball season.”

Reunited and it feels so good for Firebirds’ defensive duo