The Queensland Firebirds have secured the signature of star goal attack Gretel Bueta for the next two seasons.

Bueta, who is also a key member of the Origin Diamonds squad, is regarded by many as the best goal attack in the world.

The 28-year-old return to the court in 2021 after giving birth to son Bobby and delivered one of her best seasons of her career.

Queensland Firebirds coach Megan Anderson said she was stoked to have Bueta re-signed.

“Grets is an amazing athlete who defied odds to get back on the court in 2021,” she said.

“She is such a ball of energy and always plays with a smile on her face.” 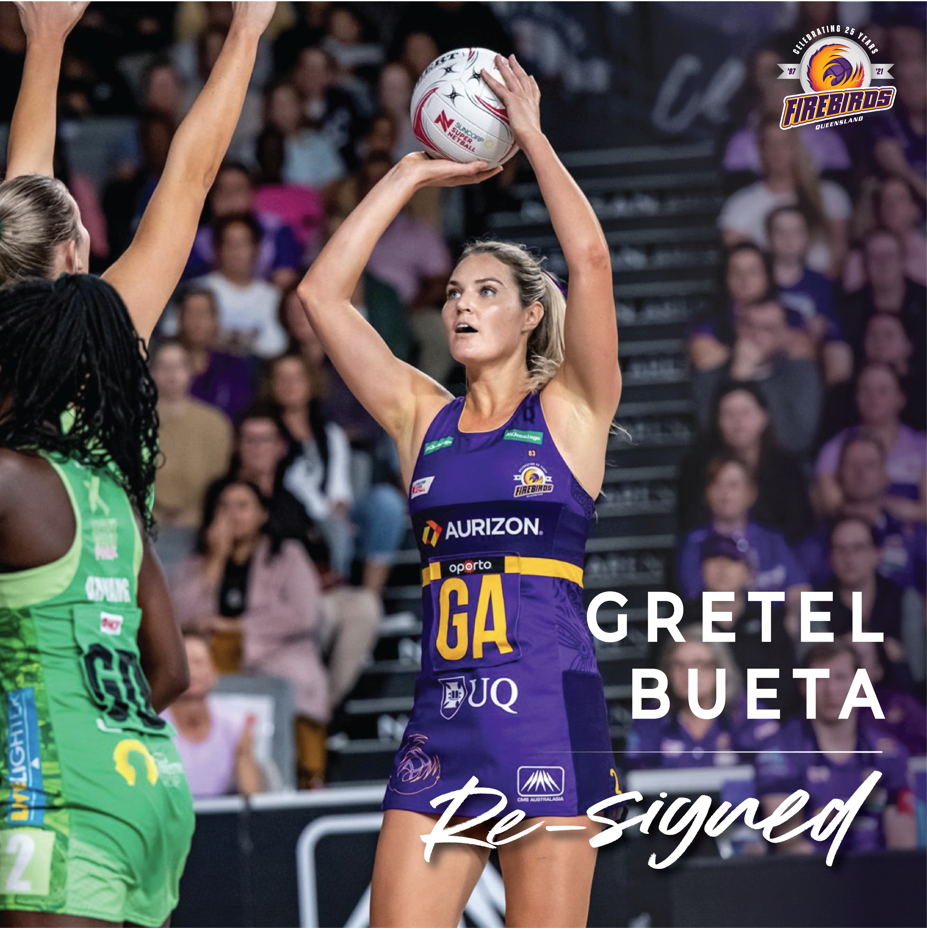 After a stellar season with the Firebirds this year, shooting 243 goals with 23 super shots, Bueta’s coach is confident the Gold Coast-born star will again up the ante next season.

Anderson said she also believed Bueta would set the standard for her teammates to perform at their best.

“Her dominance on court brings the focus away from her teammates and she loves the challenge of beating whatever teams put out against her,” she said.

“I really think the best is still yet to come with Grets and I’m excited to see where she can take her game in 2022.”

The Firebirds have just two players left to announce to complete their squad for 2022.