Tara Hinchliffe has informed the Queensland Firebirds that she will continue her career at a new club ahead of the 2022 Suncorp Super Netball League season.

Hinchliffe, who was co vice-captain in 2021, was offered a contract by the Firebirds though politely declined due to wanting to take on a new challenge, while also recovering from an ACL rupture.

Though extremely saddened to see the talented defender leave the Firebirds, coach Megan Anderson said she wished Hinchliffe nothing but the best.

“Tara has been a defining force in our circle for the past four years,” Anderson said.

“As an athlete she’s persistent, well known for her quiet determination and competitiveness.

“She’s a genuine and selfless person who gives her all to the club and Firebirds have been lucky to have watched her grow into an amazing athlete.

“We want to thank Tara for all she has given to the club and the purple fans and wish her well as she recovers from her recent knee surgery.”

In her four seasons with the Queensland Firebirds Hinchliffe fast became a much-loved member of the purple family for both her on court performances and her caring nature off it. 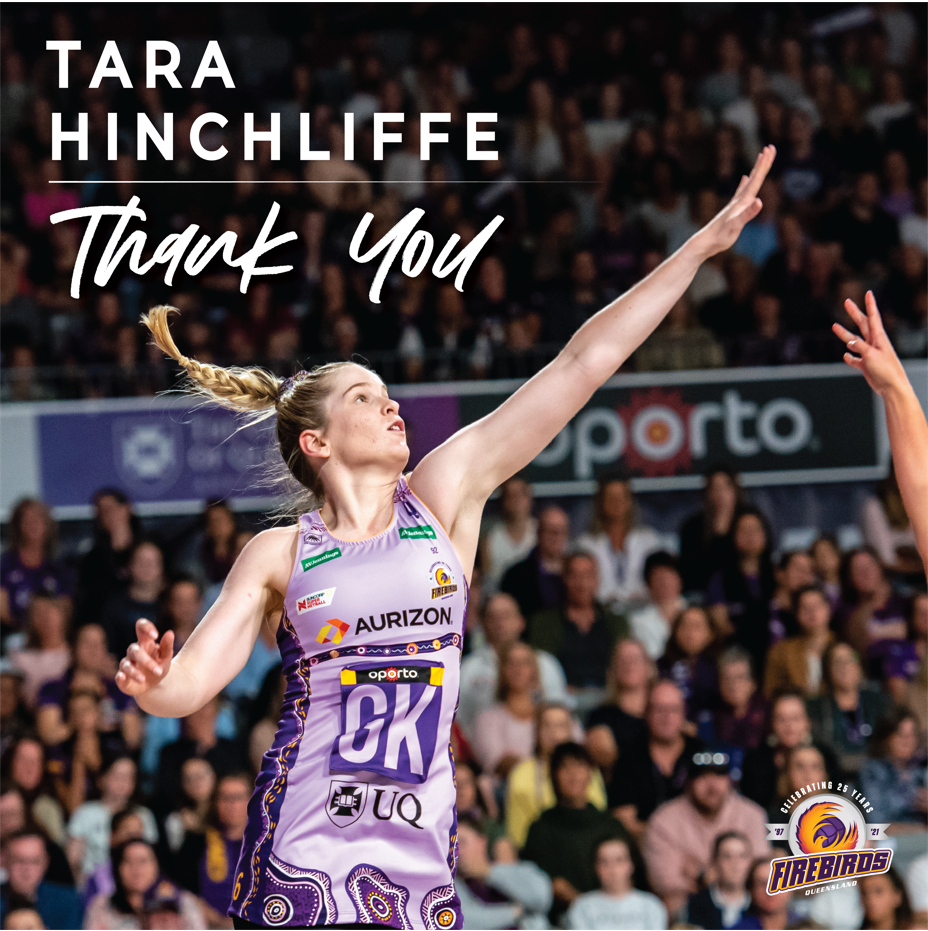 Hinchliffe, who developed under the guidance of ex-Firebird and Diamonds Captain Laura Geitz, said it was now time to take on a new challenge.

“I have learnt and grown so much during my time at the club and have gained such amazing friendships,” she said.

“I had to weigh up a lot of different perspectives, and it wasn’t a decision I took lightly because I am not a massive risk taker, and I haven’t changed clubs before.

“I read this quote, and this summed it up pretty well for me – ‘Always go with the choice that scares you the most, because that is the one that is going to help you grow’.”

Hinchliffe said breaking the news to the club was incredibly difficult, and that leaving the purple family of supporters was just as hard.

“I would like to say a massive thankyou to the purple family for their support over the four years, you will definitely always have a place in my heart,” the defender said.

“Being able to play in front of our home crowd has been a highlight over the last two challenging years, and making such close friendships with our supporters has been a privilege.

“You made our wins better, and our losses a little easier, and I can’t wait to come out and feel the force of the purple crowd from a new perspective next year.”

The Queensland Firebirds would like to thank Tara for her contribution to the club and wish her all the best for the future.

She will always be one of the purple family.