The Queensland Firebirds have landed the signature of England international Eboni Usoro-Brown as their new goalkeeper for the 2022 season.

Plenty of excitement surrounds the signing of Usoro-Brown (nee Beckford-Chambers) with the 33-year-old offering both x-factor and experience.

The 185-centimetre defender helped England claim gold at the 2018 Gold Coast Commonwealth Games as well as Bronze at the World Cup in 2019.

Queensland Firebirds High Performance Director, Demelza Fellowes, said the recruitment of Usoro-Brown gave her and the club a real confidence boost heading into next season.

“There’s always plenty of excitement around a new signing and when that signing is a highly capped international player, there is even more excitement,” Fellowes said.

“And for an international player to want to move across the world to join the Firebirds I believe that says a lot about our club and what we are building towards.”

With the unexpected departure of Tara Hinchliffe, who is recovering from an ACL rupture, one of the big questions was who would be the new goalkeeper for the Firebirds.

Fellowes, herself an Australian Diamond and Firebirds alumni, said she understood the interest and external talk, though admitted it had no influence on the Firebirds planning.

“There’s been lots of talk around all teams this signing period, which is natural and great for netball,” she said,

“But for us it was about sticking to our vision and strategy for the team in 2022.” 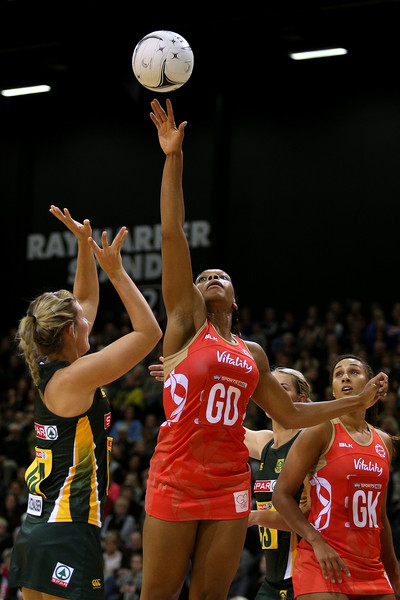 Firebirds Head Coach, Megan Anderson said she was excited to work with Usoro-Brown.

“Eboni brings invaluable experience playing in successful teams, has a commanding presence on court and will offer great knowledge and leadership to our team,” Anderson said.

“Fortunately for us she was excited by the opportunity to join the Firebirds in 2022 and came on board.

“We are absolutely thrilled to have a player of Eboni’s calibre join the Firebirds and can’t wait to see her back as a key defender in SSN.”

Usoro-Brown has been described by many throughout her career as a fierce competitor and inspirational leader that can change a game with her x-factor qualities.

A lawyer by trade, she is no stranger to Australian’s domestic competitions, having played defence for West Coast Fever and the Adelaide Thunderbirds in the then ANZ Championship.

The former England captain said she was excited to return to Australia and this time be wearing purple.

“I’m really excited to be joining the Firebirds this season and being part of a training and competitive environment that will test me as a player and an athlete and ensure I reach my career goals in what is arguably the most competitive league in the world,” Usoro-Brown said.

“They combine elite performance with a family friendly atmosphere and anyone who knows me will understand what a big decision it has been to leave my Team Bath family.”

After missing out on the title, the Team Bath co-captain is even hungrier to taste championship success with the Firebirds.

The signing of Usoro-Brown completes the Queensland Firebirds’ squad for the 2022 season.