The Queensland Firebirds can confirm two changes to its playing squad for the 2022 Suncorp Super Netball League season.

Emerging duo Rudi Ellis and Tippah Dwan will continue their netball careers at another club next year.

After two seasons with the Firebirds, Ellis will seek more opportunities interstate following the club advising her of its future plans.

The 24-year-old showed potential since making the move from Melbourne, though experienced limited game time as the third rotation in defence.

“Rudi has been an integral part of the purple family, both on and off the court,” Firebirds coach Megan Anderson said.

“She’s had immense growth over the two seasons with the Firebirds and we know her career will continue to progress in 2022 and beyond.” 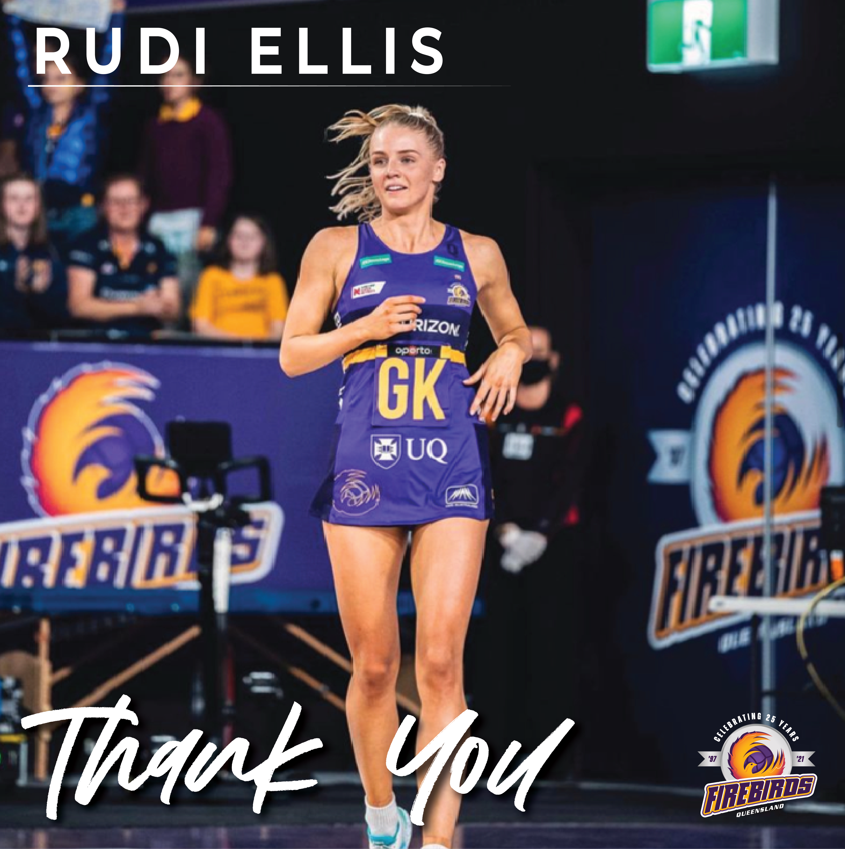 Despite being disappointed to be departing Nissan Arena, Ellis said she did so with fond memories of her time as a Firebird.

“I have absolutely loved my past two years at the Firebirds and it’s going to be sad leaving this beautiful group of people,” she said.

“I’m looking forward to the next chapter in my netball journey but will always have a place in my heart for the purple.”

The other list change comes after Dwan made the decision to leave the club in a bid to gain more court time at a new club.

Anderson said the club as disappointed to lose the talented goal attack though understood her reasoning.

“Tippah is an amazing talent and one of the most genuine and humble players in the league,” said the Firebirds coach.

“We appreciate her need to gain more opportunities on the court and have no doubt she will continue to impress in 2022. We will miss her and wish her well.” 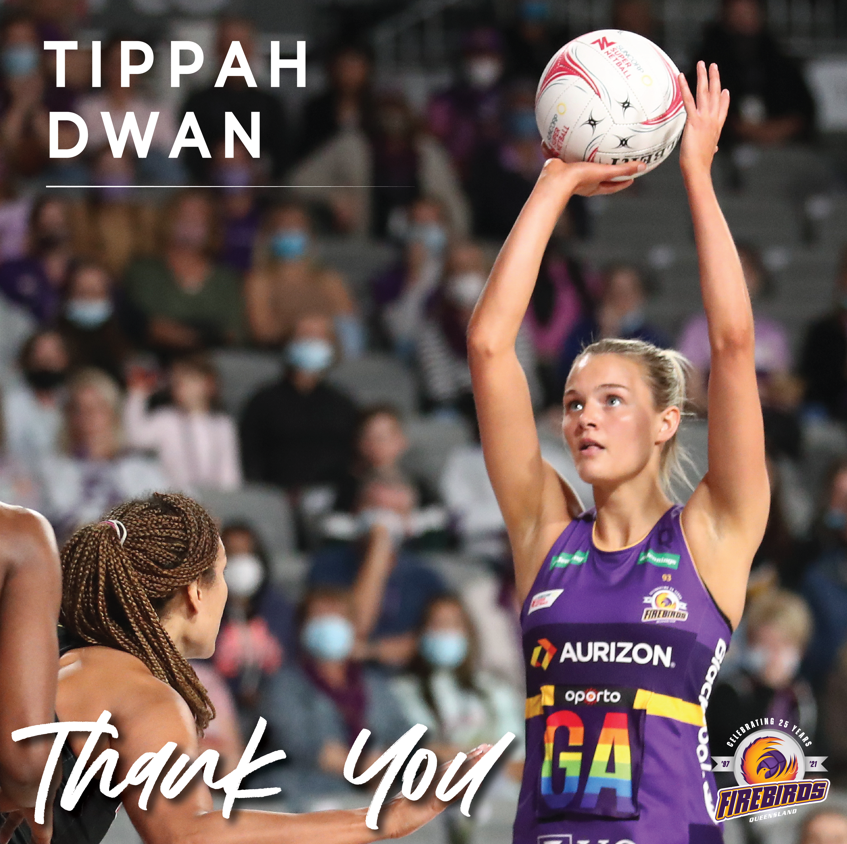 Dwan said it was a tough decision to leave the club she had called home since 2017, though confirmed her desire for more opportunities and a ‘fresh start’.

“I’d like to thank the Queensland Firebirds for everything they have done for me, I certainly wouldn’t be the person or player that I am today without them,”

“Everyone at the club has made my time enjoyable, especially my teammates and I am going to miss them dearly.”

The Queensland Firebirds thank both players for their contribution and wish them all the best for the future.