From a little country town in Jamaica to the big stage of Nissan Arena, Romelda Aiken has been a force to be reckoned with since the moment she arrived on Australian shores in 2008.

Establishing herself as one of the premier goal shooters in Australian and international netball, Aiken continues to impress as she enters her 14th season with the Queensland Firebirds.

“I was born in a little town called May Pen, which is around the size of Logan in Brisbane. My childhood growing up here was very outdoorsy, and I was a big tomboy,” Romelda said with a chuckle.

Reminiscing on a childhood she certainly seemed very fond of, Romelda shared, “if I got the chance to relive it all over again I would. I loved my childhood.”

Although somewhat limited in the time she can spend back home in Jamaica, Aiken remains close with her family via regular family group chat messaging and calls.

“I mean technology has come a long way and my mum now knows how to use WhatsApp, so she pretty much video calls every day. She is also very protective of me and wants to know what I’m doing all the time, so on the way to training each morning I give her a call, it’s really nice checking in.”

“I’m really close with my brother, we’d do everything growing up together and ever since he was a little boy he’s been obsessed with trucks, so now he gets to drive them every day, he loves it so much.”

“I didn’t live with my father growing up, it was pretty much us three and mum. I wouldn’t say our family was a broken family, it was just difficult at the time and we had to do what we had to do.”

When Romelda was approached by Vikki Wilson [then coach of the Queensland Firebirds] during the Netball World Cup hosted by New Zealand in 2007, she was offered an enthusing yet daunting opportunity to play netball in Australia.

However, the multi-talented athlete was also weighing up a college scholarship offer to play basketball in America at the same time. 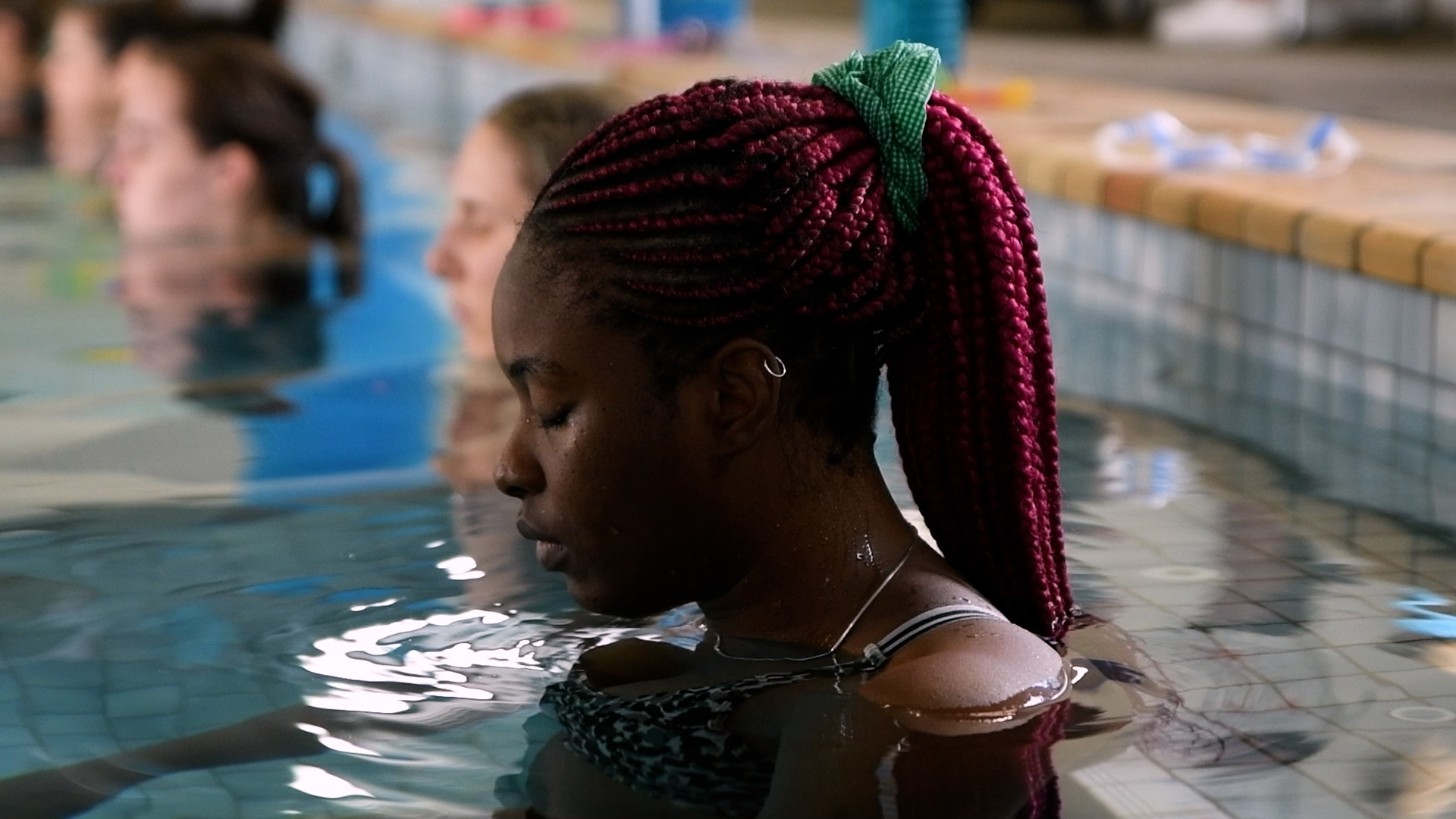 “Both would have been amazing opportunities, but I couldn’t turn down the offer to play in the best netball league in the world. Just having my name mentioned to Marva Bernard [President of the league at the time] to be considered in the future of the league, was incredible.”

Despite the thrill that naturally came with such an opportunity, there were also the understandable concerns expressed by Romelda’s mum, Audrey, as her ‘fresh out of school’ daughter was set to pack her bags and move across the other side of the world.

“When I told mum the news, she didn’t want me to go. She thought I was too young and would be moving too far away from home, but after a little convincing from Ms Bernard we got the tick of approval.”

Adjusting to life in Australia presented quite a challenge initially.

“It was scary, I was just leaving high school and had zero idea about living out of home, paying bills and having Firebirds commitments like appearances, that were so foreign to me.”

“It was difficult, but I’m glad I had the opportunity to go through it, as now I can appreciate and help those who come into the environment from interstate or overseas.”

Another hurdle of being new to both the team and the country, was the lack of a drivers licence. This did present an upside though, with the likes of Laura Geitz and current Firebirds Assistant Coach, Claire Ferguson offering a cheeky lift or two or three to training.

“It was kind of like our little time to get to know one another away from the court. They all still take the time to check in and see how I’m going…even though I’m a big girl now [she chuckles]! They are still like my big sisters who look out for me, which is nice.”

After settling into life down under, the girl now famous for her amazingly colourful and creative hairstyles, tried her hand at a first level course for hairdressing.

Here she made it clear…“if anyone is after a head wash…I’m your girl, I’m really good at it.”

With an IT course that followed, she eventually decided that a more hands on approach to learning was more suited, whereby coaching became a true passion of Romelda’s.

A few years down the track, Romelda met her man - Daniel.

“Obviously I played hard to get, but when I first met him, and we made eye contact it’s like everything stopped. It was the most surreal experience, even now when he looks at me, I feel like I’m captivated by him, it feels like magic.”

With Daniel came “three little rug rats, whom I love. They are really cool kids. There’s Hale who is very book smart, Eme who’s a diva and loves her dolls and Harvey who loves all things batman and dinosaurs. It’s cool watching them grow…every week is so different.”

Following the proposal last year, Romelda and Daniel will be finally tying the knot after the 2021 season, as well as unpacking boxes as they settle into the new house they recently purchased together.

“I always wanted to buy a house, but never thought I would buy one here in Australia. But Daniel being the money man he is, saw an investment opportunity and helped me with the notion of saving…something I’m not a fan of,” she said laughing.

Although very settled in Australia, Romelda wouldn’t mind going back to Jamaica, not to live, but to spend some quality time there.

“It’s my hood man, and I want to go back and spend some quality time with my family.”

For now, Romelda’s focus is on the upcoming 2021 season with the Firebirds, she feels something different in the air and is excited for what lies ahead.

“It’s the same goal as every team in the league, but our approach feels different this year. There’s more accountability, more of a vibe for people wanting to do the right thing. We have a young group of coaches in front, and I feel like it’s exciting because its different.”

“I hope that us as a group can make the coaches and club proud, as well as making ourselves proud.”