With management skills that could challenge those of Coach Carter, a deep psychological awareness of those around her and a heart of gold as the cherry on top, Tara Hinchliffe leaves her teammates, and the broader Purple Family, in awe.

Not only does she impress on court with her mature game sense and ability to shut down her opposition, she now takes on a new role as Vice-Captain of the Queensland Firebirds, alongside Kim Ravaillion and Captain Gabi Simpson.

As she enters her fourth season with the Firebirds, the 22-year-old will be one to keep your eye on, as she continues to develop partnerships with the young and exciting defensive unit.

“I was born in Brisbane and grew up with my brother, two sisters, Mum and Dad, in the same house up until last year.”

“We lived in a cul-de-sac with lots of green trees and space - it was a really close neighbourhood which I loved. I think having my family so close growing up, I couldn’t imagine moving too far from them now.”

In fact, Tara hasn’t moved far away at all, she now lives ten minutes down the road from her parents in a house of her own, with teammate Mia Stower and occasionally, twin sister, Maddie Hinchliffe.

“Buying a house was a massive thing and I can’t believe I’ve done it already. I don’t know if I was intentionally saving for a house, but I was just lucky living at home and getting an opportunity with netball so early.”

“I live with Mia, she’s like my new sister now. Maddie’s got a room at the house, but I think we’ve seen her for three nights this whole year,” Tara said laughing.

Although they might not see each other as much, Tara remains close with twin sister, Maddie, who has recently been signed with the Sunshine Coast Lightning as a Training Partner for the 2021 season.

“I can’t imagine not being a twin and I feel bad for everyone who’s not, because I honestly love it. It’s the best thing that’s ever happened, you’ve got your best friend everywhere you go.”

“I'm still getting used to seeing Mads in the Lightening colours, but I’m so proud of her and love watching her achieve as much as she has.”

The Hinchliffe clan is a tight-knit unit, with older siblings Kaitlin and Lucas, parents Ruth and Craig as well as Tara’s Gran and Pa, catching up regularly.

“Since we moved out, I think we see Mum and Dad just as much as we did when we lived with them to be honest. We catch up as a family, Gran and Pa included, all the time.”

The newest and furriest addition to the family is labradoodle, Darcy, who has stolen the hearts of each family member, especially Tara. 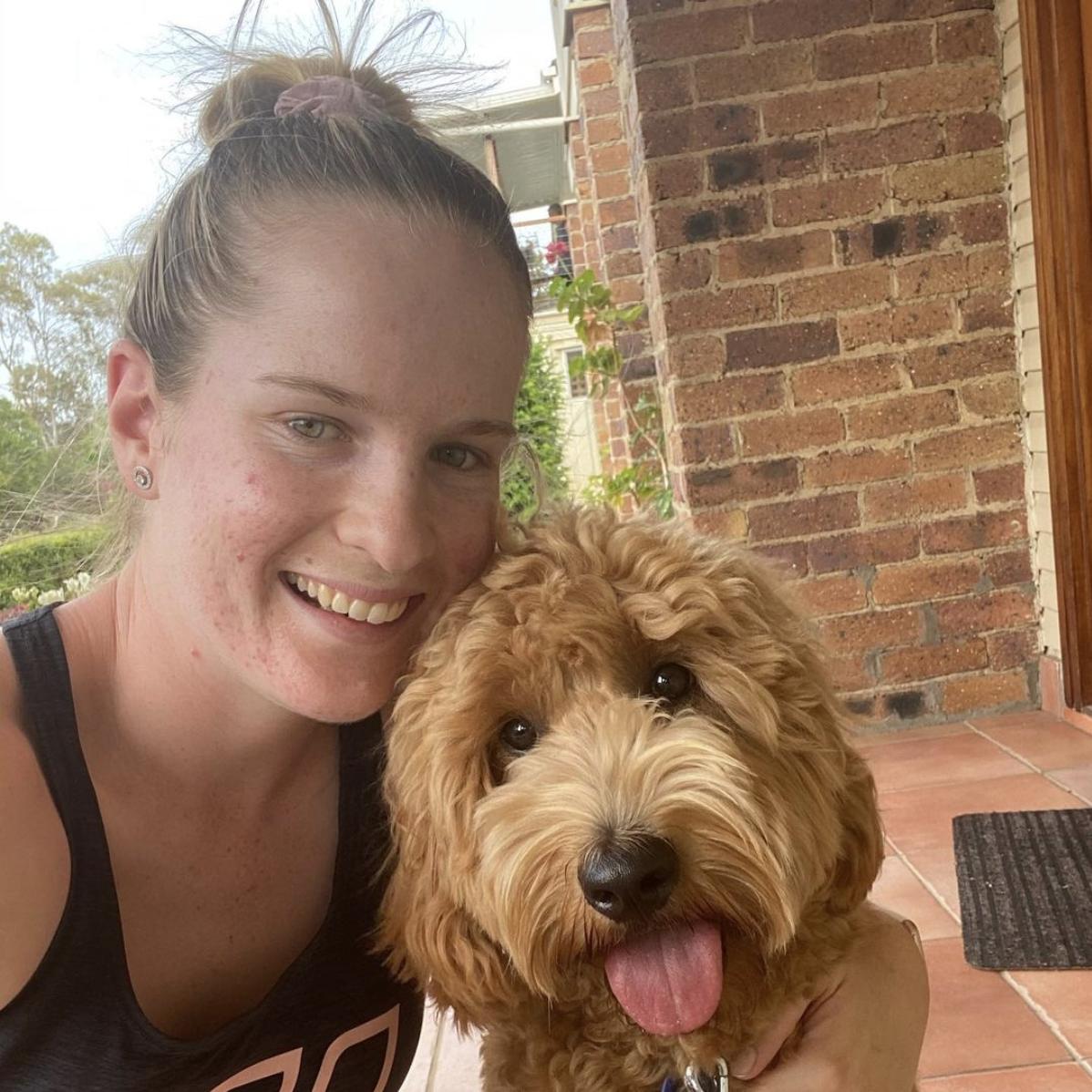 “Darcy is the highlight of my life, last year was honestly a shocking year, but for our family to have Darcy there, was so much fun and made lockdown way easier.”

“Since we moved out, Mads and I arranged a part time custody arrangement with Mum and Dad, so we still get to see Darcy lots.”

Although Tara tries to leave as much time as she can to catch up with family and little Darcy, she is certainly a busy woman off the court.

With a degree in Psychology at the University of Queensland almost complete, Tara also works as a netball coach, as well as a facilitator of leadership programs in schools across South East Queensland with a company called Character Builders.

“I’m studying Psychology which I really love, I’ll graduate at the end of this year but probably go back for another four years to complete my Masters, which makes me want to cry a little.”

“I think I’m pretty keen to work in the field after netball, I really love it, I just need to find something that combines both kids and psychology, because they’re my two favourite things.”

Although being a netballer and becoming a Psychologist is the goal now, Tara had alternative career aspirations growing up.

“My first dream job was to work at Doughnut King and Cold Rock, then in year one I said I wanted to be a Rockstar. But from High School onwards I said psychology and that’s what I stuck with…luckily.”

When she’s not juggling netball, work and university, Tara heads straight to the beach on days off, with some 50+ sunscreen in hand.

“If I have a full day off, I’m driving straight up the highway. We’re really lucky because Gran and Pa have a place in Caloundra, so we stay there a fair bit.”

There hasn’t been much time for beach trips this year for Tara, as a large portion of the year (six weeks) was spent with the Australian Diamonds as an Invitee for the Constellation Cup Tour in New Zealand.

“It was really unexpected when I got the call up to go on tour, with it being so close to the team going away. It was exciting, part of me just wanted to get life sorted and everything organised for that block of time, but so exciting.”

“It’s an experience that we’ll tell our grandkids about, all the quarantine and craziness of it all. It was a really fun, different experience but I learnt a lot too.”

The youngster then returned to a team that nominated her as Vice-Captain, an exciting and well-deserved role that Tara can’t wait to fulfil. 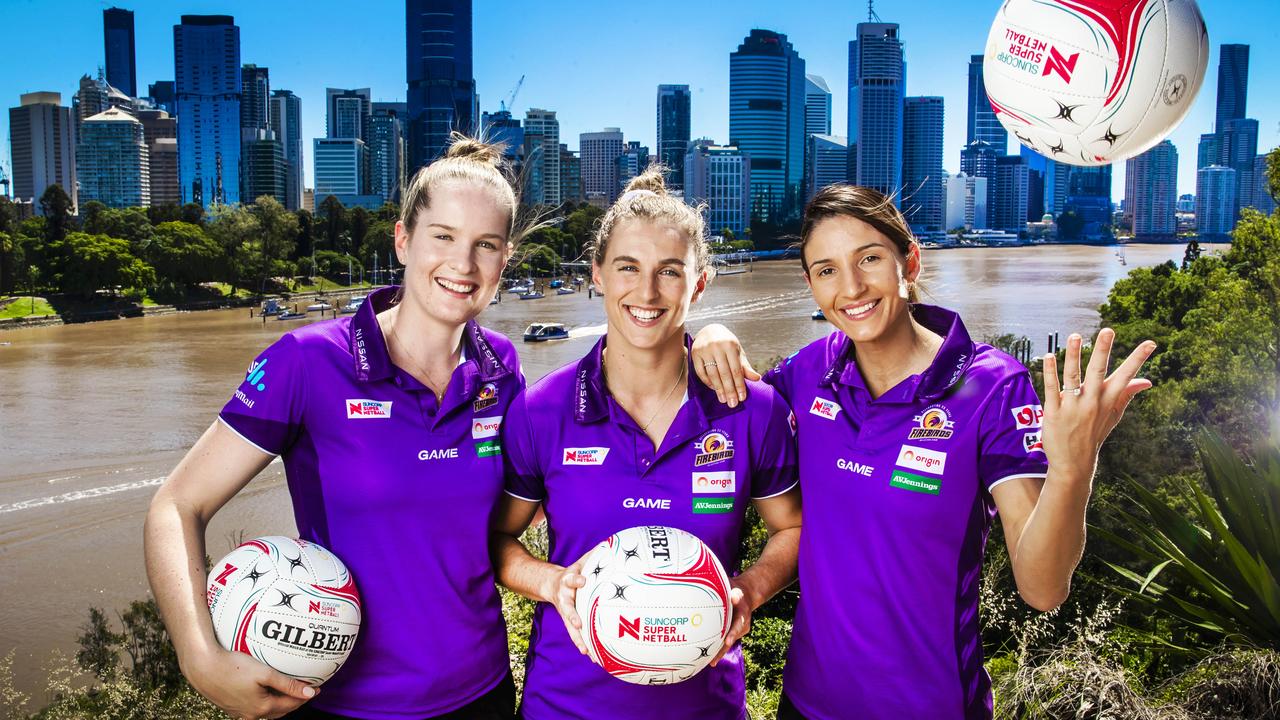 “It’s such an honour! It doesn’t change too much in terms of my influence in the team, but it is so special to have the confidence and support of my teammates. It makes me that much prouder to be a Firebird in the purple.”

Now that she’s back, ready and raring to go, Tara’s focus is set on winning a premiership with the Club she’s loved since she was a young girl.

“There’s a different energy around the Club. With the new coaches and positivity in the office as well, I feel like it’s going to be an exciting year. Obviously, every year we want to win a premiership, but this year there’s just more positivity and belief around the club.”